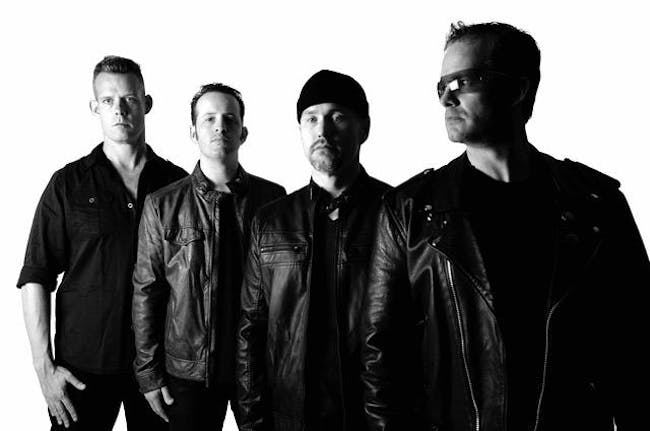 Zoo Station - The Complete U2 Experience

Stung - A Tribute to The Police

iCal
Google
Zoo Station - The Complete U2 Experience at The Chapel

The lights go down, it's dark and the soaring sound of a rock band bound for greatness collides with the low ceiling of a small club. It's like 1978 all over again, when U2 first stormed the pubs of Dublin, Ireland.

But this is the 21st Century in San Francisco, and the band is Zoo Station, a quartet that bills itself "The Complete U2 Experience." Since 2001, this talented force has delivered the visual, musical and spiritual thrill of a U2 concert to bars, clubs, outdoor festivals, private parties and corporate events along the West Coast of North America. Singer Bonalmost leads the show, flying high with the vocal strength and confidence of Bono's The Joshua Tree days. The Sledge showers thick layers of effectual guitar work over crowd as Adamesque on bass and Barely Larry on the drums deliver the pounding heartbeat of some of modern rock's most memorable songs.

The band's primary job is replication, but periodically Zoo Station innovates as much as it imitates. During their trademark full-album spotlight sets in which the band plays an entire U2 album from start to finish Zoo Station encounters such obscurities as "Elvis Presley and America," "Promenade," "Red Hill Mining Town" and "Acrobat," songs rarely or never performed live by U2.

"Songs like these are exciting," says Bonalmost. "All we can really do is ask ourselves, 'What would U2 have done onstage?'"

More familiar are melodies like "Pride (In The Name of Love)," "With or Without You," "Beautiful Day," and "Vertigo." Behind the band, a multi-media visual projection system elevates Zoo Station's performances to the highest level of virtual authenticity. Swirling abstract imagery appears behind the stage, interspersed with rapid-fire "U2-phemisms" and in-synch flashing light choreography. All are recognizable from U2 shows, and these visual effects, centerpieced by Bonalmost's lively theatrics, reflect Zoo Station's deep-set love of U2's music and their commitment to fully recreating the dense emotional impact of a U2 concert.

Since day-one, when an earnest Craigslist posting sparked the band, Zoo Station has played nearly 300 shows and now flourishes a repertoire of nearly 140 U2 songs. The sing-along radio hits appease casual listeners, while the most loyal U2 fans are wowed by the surprising depth and variety of the set list. Such thrilling rock and roll was made for vast arenas, one-acre stages and sky-high screens, and though U2 quit the bar scene in 1980, Zoo Station thrives there, doing what U2 no longer can: setting the smallest neighborhood pubs burning to life with a sound that has drowned out the world. 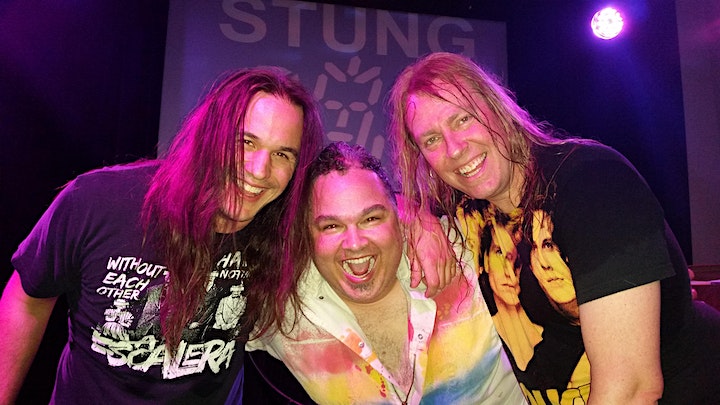 Formed in 2002, this band has toured the world and been voted the Bay Area's Best Cover Band. Some say they are single-handedly responsible for the Police reforming and reliving some of their former glory, which til then had been reserved by STUNG.