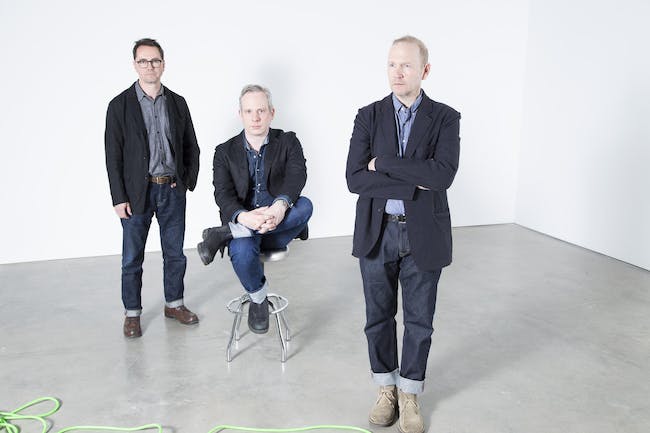 The Sea and Cake

iCal
Google
The Sea and Cake at The Chapel

For over two decades and 11 albums, The Sea And Cake have honed a sound all their own, comprised of delicate, intertwining guitar patterns, syncopated rhythms, and airy melodies. Masters of subtlety, their compositions have continually evolved - through minute alterations in texture, unusual approaches to lyrics, and creative production choices.

Any Day is testament to The Sea And Cake’s artistry, song craft, and utterly unique sound. The results are intimate songs that speak to the searcher in all of us. Through shifting instrumentation and sonic exploration, the band invites you into a world that is both familiar and unexpected. Written and recorded following the departure of bassist Eric Claridge, Any Day is The Sea And Cake’s first album recorded as the trio of Sam Prekop, Archer Prewitt, and John McEntire. Since the release of their last album (2012’s Runner), the band have, in addition to shows, been creatively very busy: Prekop focusing on solo modular synthesizer and soundtrack work, including an acclaimed collaboration with artist David Hart; McEntire’s recording and touring with Tortoise, and maintaining a busy schedule as a recording engineer and producer; and Prewitt’s work as a cartoonist and illustrator, in addition to duo performances with Prekop. The band, still actively performing with bassist Douglas McCombs (Tortoise, Brokeback), were inspired by the challenge of composing as a smaller unit. Once the songs began to take shape, says Prekop, “we got really excited about it almost immediately - as soon as we started playing together.”

The compositions throughout Any Day, while intricate as ever, rarely employ synthesizers; opting instead for the more organic sounds of stacked guitars and organs. The band were joined on the title track by Paul Von Mertens (a frequent collaborator with Brian Wilson) on flute and clarinet; and Nick Macri on double bass. Prekop delivers some of the most vocal-centric songs in the band’s catalogue. His words are chosen and placed for their sound and cumulative meaning. This poetic, painterly approach invites a myriad of lyrical interpretations. One can derive varied personal meanings from each song. This broad connection and truth may be the key to the bands remarkable currency with their fans for over 25 years. The heart of the album’s instrumentation is Prewitt’s intriguing choice of guitar effects, sparingly used to enhance his counter melodies. The combinations create a wealth of textures from surprisingly few instruments. From the distant coos of “Starling” to string like swells of “Into Rain,” Prewitt’s contributions are potent. John McEntire’s deft hands behind the drums, bass, and mixing board enliven the album’s minimal approach with a nimble shimmer just as exquisite as the more densely layered earlier albums.

Any Day captures The Sea And Cake’s distinctive aural alchemy, melding longing melancholy with hopeful excitement. In other hands the combination seems impossible, but for The Sea And Cake, it’s effortless. 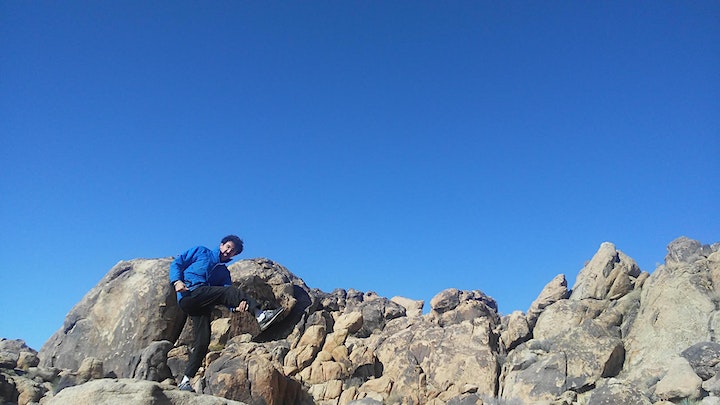 When L.A. Takedown hovers over your ear hairs the first time, so much is communicated without a word - there are patient, capable hands at the wheel as we phantom through a neon Los Angeles of the mind, a Los Angeles that only three harmonized electric guitars can conjure, with a sunset so infinitely variegated in color that only synthetic washes of synth could serve as your fainting couch. Studio magic dust seems to drip off these android dreams projected against the wall - in person it defies logic that such a sound is coming from humans, but as you watch their hands it’s unmistakable - these are calm warriors sallying forth these sweeping, swooning epics, crowned with triumphant tripartite thunderbolts of wail. For a few fleeting moments, things seem right with the world; our hero has prevailed, the race was won by a hair, the unmanned drones levitate & strafe the coast, rending the coral sky with a psychic boom, shaking loose a few palm fronds and setting off some car alarms but otherwise leaving the sprawl unchanged and teeming. While produced and performed by Aaron M. Olson, Our Feeling of Natural High was engineered and mixed to glossy perfection by Jason Quever and (we hear) it benefits greatly from the seamless contributions of John Herndon, Jason Quever, Marcus Savino, Miles Wintner, Mose Wintner, Nicholas Krgovich and The Musical Tracing Ensemble. We’re even treated to a city-hum lullaby to humanity as a nightcap, with Nedelle Torrisi and Yellow Magic Orchestra’s Yukihiro Takahashi on vocals, truly a mint on the pillow of this fantastic soundscape. For fans of Michael Rother, Top Gun, later Tangerine Dream, convertibles and long walks on the beach.