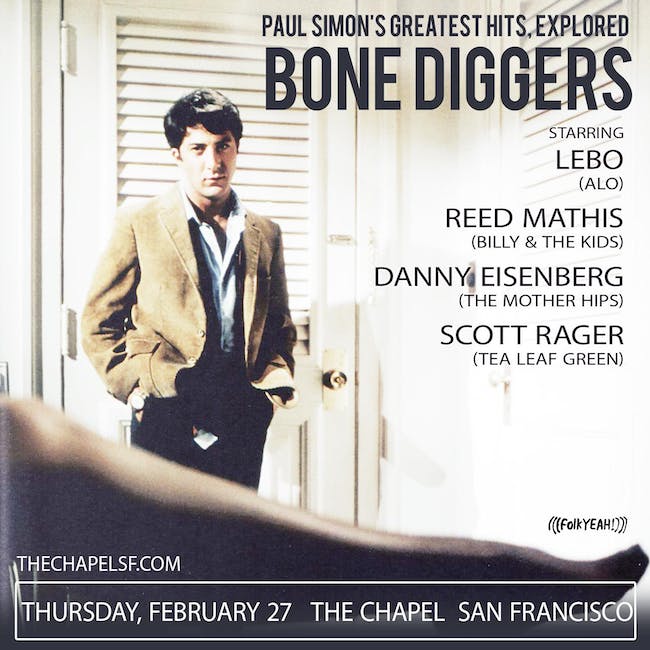 Affectionately called "the JRAD of Paul Simon," Bone Diggers are not a traditional Paul Simon cover band, even though they draw exclusively from Simon's songbook.  Instead of faithfully reproducing his greatest hits, they take songs ranging from "The Obvious Child" to "You Can Call Me Al" and perform them with a similar kind of improvisational approach that the Grateful Dead take with Bob Dylan or Beatles covers -- that is to say, by electrifying them with their own arrangements and infusing them with fresh and funky jams.