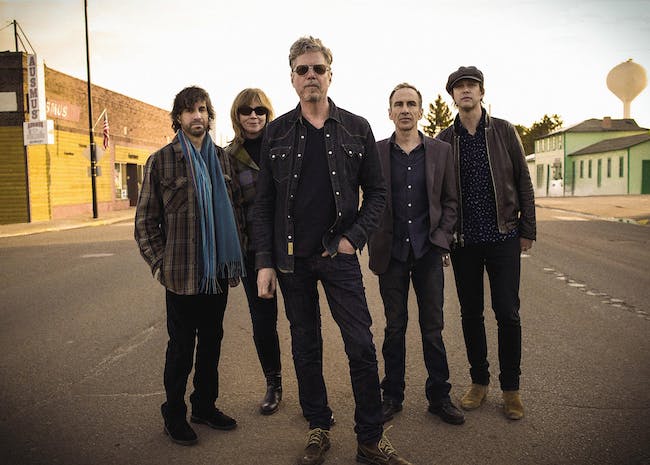 iCal
Google
The Jayhawks at The Chapel

The incredible harmonies and distinctive arrangements of The Jayhawks set them apart from the rest of the Minneapolis music scene that emerged in the 1980s. Over the course of two decades, 9 albums, countless memorable live shows and enough personal drama to fill a couple of Behind the Music episodes, this beloved band soared to heights few ever achieve while winning the hearts and minds of numerous critics, fans and peers in the process.

After releasing 2 Indie albums in the 80s, The Jayhawks had become a driving force and inspiration behind the growing Americana movement in the early 1990s. Combining the talents of singer-songwriters Gary Louris and Mark Olson, The Jayhawks released their major label debut, the acclaimed Hollywood Town Hall (1992) on the Def American label. This was followed by Tomorrow the Green Grass (1995), which produced the alternative radio hit single “Blue.”

When Olson left to pursue a solo career, Louris singularly took over the songwriting role in The Jayhawks creating the band’s enduring sound on some of their best selling and well-received albums including Sound of Lies (1997), Smile (2000) and Rainy Day Music (2003).

Louris continues to write and tour with the longtime core group of Marc Perlman, Karen Grotberg, and Tim O’Reagan. While the touring line-up has changed over the years and Olson briefly reappeared in 2010 to record and tour, this classic lineup maintains a commitment to adventure and forward motion in their shows and in their recordings. Paging Mr. Proust (2016), was produced in Portland with Peter Buck and Tucker Martine and found the band moving in several new exciting directions. The band’s 10th studio album, Back Roads And Abandoned Motels, was released in the summer of 2018, featuring Jayhawks versions of songs Gary Louris had previously written with other artists plus 2 new compositions.

The Jayhawks have made music in 4 different decades and are as vital now as they were in 1985. They definitely have earned their reputation as a true American treasure. 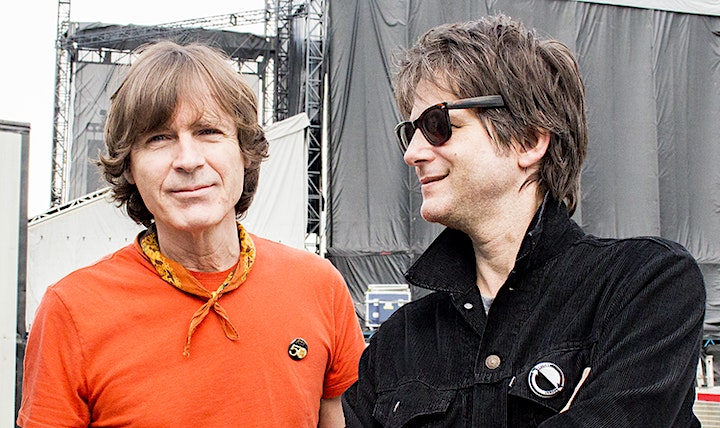 Those Pretty Wrongs are Jody Stephens and Luther Russell, two old friends and veterans of the music scene in different ways. Jody was the drummer for the legendary band Big Star and now helps run equally legendary Ardent Studios in Memphis. Luther Russell was the leader of seminal roots-rock band The Freewheelers and is now an acclaimed solo artist and producer.

It was the documentary Big Star: Nothing Can Hurt Me that brought Jody and Luther together creatively, when Jody asked Luther to join him for some promo performances. A chemistry was immediately noticed. They began writing songs and performing them whenever possible, soon taking their name from the opening line of Shakespeare Sonnet 41, which they slipped into one of their first collaborations, “Fool Of Myself”. Burger Records released the first track they cut in Memphis, “Lucky Guy”, with “Fool Of Myself” as the flip side. There was an outpouring of support for the new music, which gave Jody and Luther the confidence to move forward.

Those Pretty Wrongs was tracked entirely to 2” tape at Ardent Studios in Memphis, using much of the old Big Star gear, including Jody’s original kit from Radio City and Third and Chris Bell’s acoustic and electric guitars from #1 Record. The album was mixed by Luther Russell and Jason Hiller at Hiller’s Electrosound Studios in Los Angeles, CA. Jody is way out in front on this release--really for the first time ever--taking all lead vocals and co-writing all of the songs with Luther. Through the words on this record Jody opens up about his life, which has been well-documented, but not in this very intimate way. Adds Stephens: “For me the lyrics are a walk through day-to-day emotions and experiences."

Luther lives in Los Angeles and Jody in Memphis, so there was a real commitment to finishing these songs and cutting them until they were totally satisfied. Those Pretty Wrongs will be released in May in a unique partnering between the Ardent Music label and Burger Records. No one could be happier than Jody and Luther, who feel that this keeps a family-like feeling to the release. “Why stop now”, remarks Luther. “We’ve wanted to keep this thing sounding and feeling personal from the start because it’s extremely personal for both of us.” Just like Luther's handmade collage inside the LP, the record is akin to a series of snapshots: of lives present and past, and fleeting moments of simple joy and reflection.