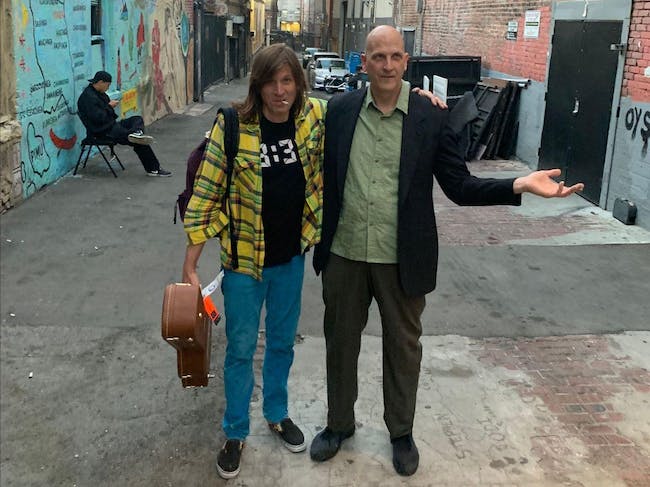 Our story begins in the unlikely city of Milwaukee, Wisconsin where roller skating takes on importance in early formative years, thus creating competition among the three brothers. Ultimately the older brother skates off into the sunset, whilst the two younger brothers harmonize through music. Studying great musical artists, they become that which they study. They are gifted with wordplay and notes played, a gift they know that is given to them from a higher place. A gift they do not take lightly, considering the source. The Frogs are perplexed by the reaction and non-reaction by god's so-called children to their brilliance and chalk it up to a long awaited explanation they long to hear after this life when it is again time to meet their maker. The band don costumes to stand out, set themselves apart from others and to get noticed, only to have some place greater importance on visuals, rather than the celestial sounds they produce for all to cherish and behold. The Frogs mean a lot to a lot of people but not even close to what they mean to me, for I play guitar and sing in The Frogs and have penned this bio from my heart to yours.

The Frogs are an American band composed of brothers Jimmy and Dennis Flemion. They formed in Milwaukee Wisconsin in April of 1980. Jimmy on guitar and vocals and Dennis on drums and vocals. The brothers are 2 of the best songwriters around and their improvised home recordings are nothing short of sheer genius. Their live shows are something of legend. Their first show was at a college coffeehouse. Soon thereafter they frequently played a punk club in Milwaukee called The Starship. The early days consisted of punk cover versions of Beatles, Donovan, Leonard Cohen folk and nursery rhyme songs. Then in 1982 came the costumes, bat wings, boas, fog and flashpots that coincided with the new "Death Songs". The Frogs then played in Minneapolis where Wendy and Lisa of Prince's band The Revolution saw their show and said that their troubles were over. In early 1986 The Frogs began work on their first LP "The Frogs" which would be self-released in 1988. Their classic "It's Only Right And Natural", the first improvised made-up songs LP was released in 1989. Their follow-up LP "Racially Yours" was ready in 1991 but was ultimately released in 2000 on 4 Alarm Records. Another collection of Made-Up songs would be released in 1996 on Matador. In 1997, their Starjob EP, produced by Billy Corgan in 1994, was released by Scratchie Records. 1999 saw a new LP of Made-Up songs released on 4 Alarm and in 2001 their "Hopscotch Lollipop Sunday Surprise" LP was released. On the 4th of July, 2012, The Frogs released their first albums in 11 years, “Count Yer Blessingsz” & “Squirrel Bunny Jupiter Deluxe.”

With his brother Dennis, Jimmy Flemion concocted one of the most singular and slyly provocative acts of rock music – The Frogs. Their dark humor and biting satire – moored by an impossibly catchy and copious catalog of songsmithery – is championed by indie cognoscenti and arena rock stars to this very day. Their sartorial flourishes and outrageous performances are rightly the stuff of legend, as is their video work that riffs on the ribald. While their 32-year run together was cut short by Dennis’ untimely passing in 2012, Jimmy has continued on with his songwriting, and in 2017 he regaled a lucky audience in Austin, Texas with a Frogs set dedicated to – and featuring songs penned by – his brother.

"What do you do when one day your brother is here one day and the next day he’s not. You honor him and yourself by always holding yourself to the high standards that he wanted for us and you give thanks for the blessings that have happened in our careers. We were and our artists who see and saw the world in our own way. Whatever we created was a reflection of what exists and the truth. We sing and sang of characters and ourselves but always through a window of love. Music has always been my saving grace, it’s given me a purpose and a deep feeling of why I believe I’m here. The Frogs were always Dennis and me. It will never be the same again. No matter what, I will always continue to make music because it is in my soul and always will be.” 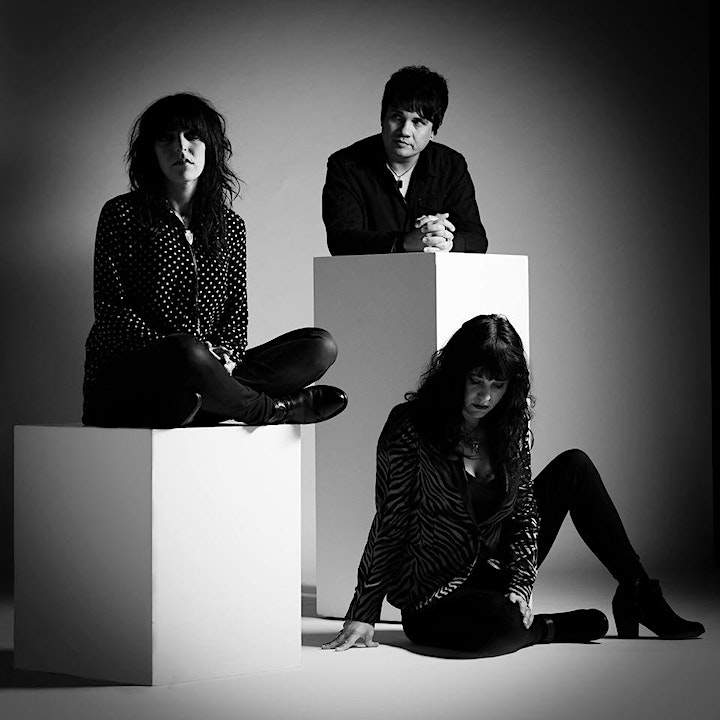 The Dirty Ghosts are pale and unwashed, yet they are fresh. Though based on solid ideas, the band is always attempting to get new with their style!!!!

Born: March 4, 1967, Boston, Massachusetts
Evan Dando is an American musician, best known for fronting the alternative rock band The Lemonheads. He has served as the lead singer of the group since its formation in 1986. He has also embarked on a solo career and collaborated on various songs. In December 2015, he was inducted into the Boston Music Awards Hall Of Fame.
Dirty Ghosts