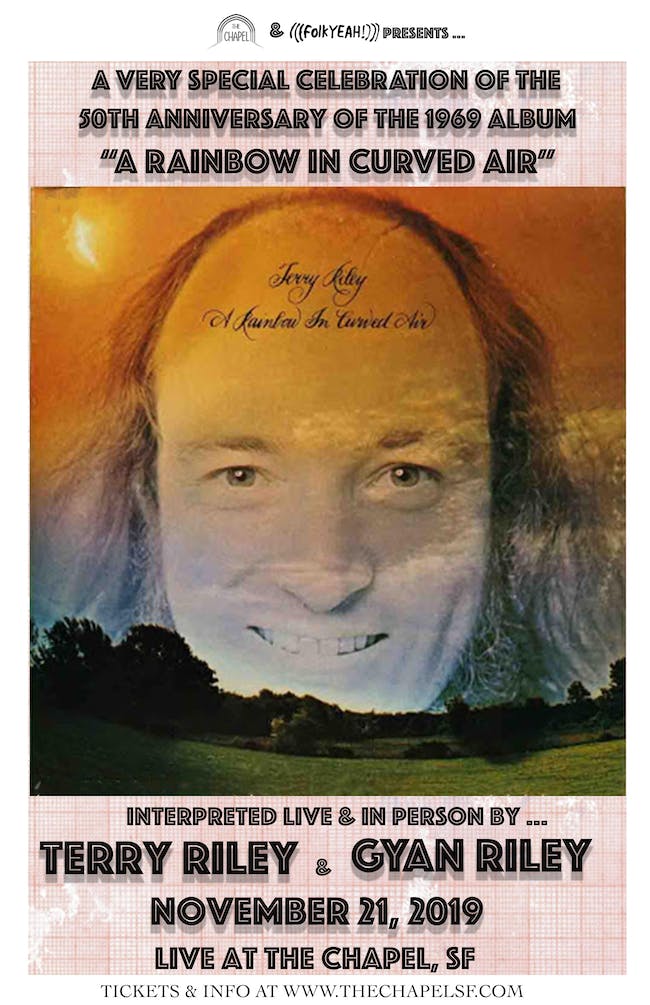 A very special live interpretation of Terry Riley's landmark 1969 album "A Rainbow In Curved Air," performed live for one night only by Terry Riley and his son Gyan Riley.

In 1969 Terry Riley released the landmark album "A Rainbow In Curved Air". Recorded in 1967 and 1968, it is widely considered one of the most important works of experimental 20th century classical and electronic music. Simultaneously influencing the works of Mike Oldfield, The Who (the song "Baba O' Riley" was named in homage to Terry Riley), The Soft Machine, Kraftwerk and foreshadowing the serialist composers Phillip Glass and Steve Reich, the startlingly original music on "A Rainbow In Curved Air," along with Terry Riley's other early works, cannot be overstated.

On November 21st, 2019 at The Chapel in San Francisco, for a special one night only performance, Terry and his son Gyan Riley will give a unique live interpretation of this pivotal record to celebrate the 50th anniversary of the year of its original release.