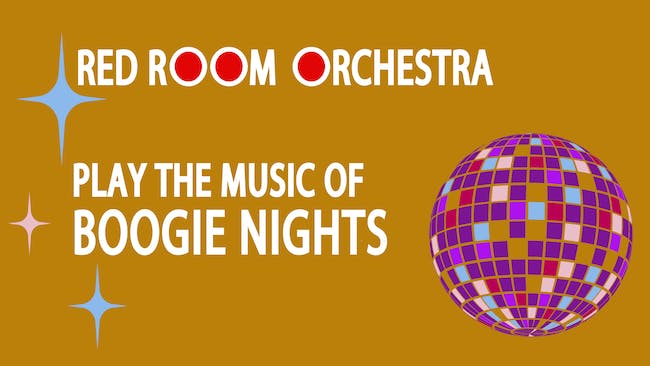 After tackling the soundtracks of Wes Anderson's "Rushmore" and "The Royal Tenenbaums" and the Coen Brothers' "The Big Lebowski" at the last few rounds of SF Sketchfest, the Red Room Orchestra set their sights on recreating the soundtrack of Paul Thomas Anderson's monumental epic "Boogie Nights."

You will Feel The Heat as the band tackles all the disco and funk and yacht rock you can handle. From Michael Penn's haunting orchestral cues to the heavy metal power ballads, no musical stone will be left unturned. And never forget, You Got the Touch.