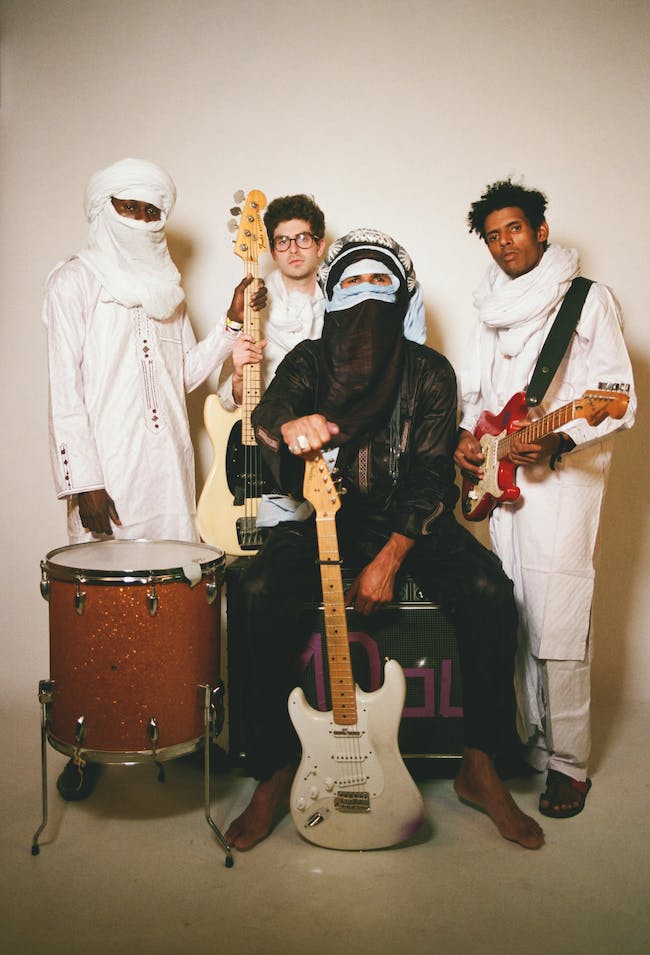 An important message from Mdou Moctar:

Due to circumstances out of our control, we need to cancel our tour for March and April (tickets for headline shows will be refunded at point of purchase). We are very sad not to come and play for all of our fans, but we understand it’s in the best interest for everyone to take caution and be safe. We hope everyone stays healthy, and look forward to coming back and playing for you soon!

Mdou Moctar immediately stands out as one of the most innovative artists in contemporary Saharan music. His unconventional interpretations of Tuareg guitar have pushed him to the forefront of a crowded scene. Back home, he’s celebrated for his original compositions and verbose poetry, an original creator in a genre defined by cover bands. In the exterior, where Saharan rock has become one of the continents biggest musical exports, he’s earned a name for himself with his guitar moves. Mdou shreds with a relentless and frenetic energy that utterly sets him apart.

Mdou Moctar hails from a small village in central Niger in a remote region steeped in religious tradition. Growing up in an area where secular music was all but prohibited, he taught himself to play on a homemade guitar cobbled together out of wood. It was years before he found a “real” guitar and taught himself to play in secret. His immediately became a star amongst the village youth.

In 2008, Mdou traveled to Nigeria to record his debut album of spacey autotune, drum machine, and synthesizer. The album became a viral hit on the mp3 networks of West Africa, and was later released on the compilation Music from Saharan Cellphones. In 2013, he released Afelan, compiled from field recordings of his performances recorded in his village. Then he shifted gears, producing and starring in the first Tuareg language film, a remake of Prince’s Purple Rain (Rain the Color Blue with a Little Red in It). Finally, in 2017, he created a solo folk album, Sousoume Tamachek, a mellow blissed out recording evoking the calm desert soundscape. Without a band present, he played every instrument on the record. “I am a very curious person and I want to push Tuareg music far,” he says.

2019 brings his first recorded in a proper studio - Ilana (The Creator), out Mar. 29th on Sahel Sounds. He has shared the first single, “Kamane Tarhanin,” and has announced spring tour dates in support of the new record. A long time coming, Ilana is Mdou’s first true studio album with a live band. Recorded in Detroit at the tail end of a US tour by engineer Chris Koltay (the two met after bonding over ZZ Top’s Tres Hombres), the band lived in the studio for a week, playing into the early hours. Mdou was accompanied by an all-star band: Ahmoudou Madassane’s (Les Filles de Illighadad) lighting fast rhythm guitar, Aboubacar Mazawadje’s machine gun drums, and Michael Coltun’s structured low-end bass. The album was driven by lots of spontaneity – Mdou’s preferred method of creation – jumping into action whenever inspiration struck. The resulting tracks were brought back to Niger to add final production: additional guitar solos, overdubs of traditional percussion, and a general ambiance of Agadez wedding vibes.

The result is Mdou’s most ambitious record to date. Ilana takes the tradition laid out by the founders into hyperdrive, pushing Tuareg guitar into an ever louder and blistering direction. For Mdou, his style is to draw on both modern and traditional sources and combine elements into new forms. In “Ilana” Mdou reaches back into Tuareg folklore for inspiration, riffing on the hypnotic loops of takamba griots, or borrowing vocal patterns from polyphonic nomad songs, and combining them with his signature guitar. You can hear the effect in tracks like “Kamane Tarhanin,” where a call and response lyric lifts up over a traditional vocal hum before breaking into a wailing solo with tapping techniques learned from watching Youtube videos of Eddie Van Halen.

As Mdou travels the world, he divides his time between two places, alternating from lavish weddings in Agadez to sold out concerts in Berlin nightclubs. It offers a unique perspective, but also means that he needs to address different audiences. At home, his compositions send a message to his people. Abroad, his music is an opportunity to be heard and represent his people on a world stage. 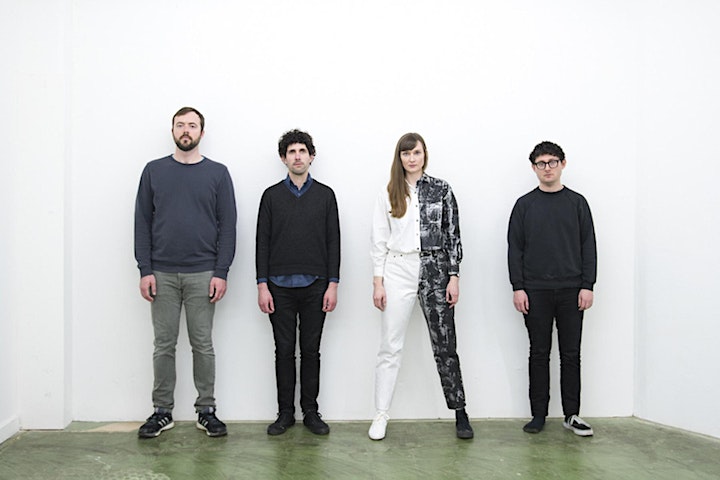 Lithics is a four person minimalist punk band from Portland, Oregon formed in late 2014. Over the last year and a half they have refined a sound focusing on interlocked bass and drum rhythms paired with shrill guitar counterpoint and stark female vocals. While counting Wire, The Fall, Devo, Pylon, The Shadow Ring, and Captain Beefheart’s Magic Band as reference points, the band’s concerns are contemporary and urgent. An injection of uptight, nervous energy into the reverb drenched complacency of today’s musical underground.

“...basically the stuff of my post-punk dreams, with needles-and-pins guitar lines jabbing and competing for space with minimalist, meditative bass/drums synchronization and coolly detached female vocals that drift somewhere between the twin inspirations of Allison Statton of Young Marble Giants, and Vanessa Briscoe of Pylon. Throw in some hair-raising neo-no wave scratches and scrapes of six string across the otherwise steady and taut rhythmic throb of ‘Lizard’ and ‘Seven People’ and you’ve got a band who should be making all the weirdo art-punk kids drooling over that CCTV single similarly lose their shit, if they know what’s good for them.” - Erika Elizabeth, Maximum Rock ‘n’ Roll #392.

At The Chapel, the health and safety of our guests, performers, and staff is our number one priority. We’ve been closely monitoring the evolving coronavirus situation and implementing stringent preventative measures recommended by the Center of Disease Control (CDC) and local health authorities.

We are deeply saddened to have to announce that with the acceleration of coronavirus developments we will be shutting the doors of the Chapel, it’s sister restaurant Curio and The Chapel / Curio bar until further notice.

Whilst we would argue that live music is the very definition of essential, the only thing we ever want to spread at The Chapel is joy and so we will be closed for all events until we receive further information.

Please check our website for up to date details on individual rescheduled dates, where applicable (bearing in mind that some dates may still be pending as we try and sort through all of the fast-moving calendar changes.)

Please contact us with any questions or queries and we encourage you to stay informed on the coronavirus by texting COVID19SF to 888-777 or by visiting SF72.org

The Chapel is an entirely independent owned, booked and operated venue, so please bear in mind the impact this closure is having on our business and staff. And although we will endeavor to answer each and every query, it may take slightly longer than usual as we try to deal with the situations taking place. (The best bet for any query is our general email address: info@thechapelsf.com).

Stay safe! We can’t wait to get back to providing you with great shows as soon as possible! Love, The Chapel & Curio SF x
+