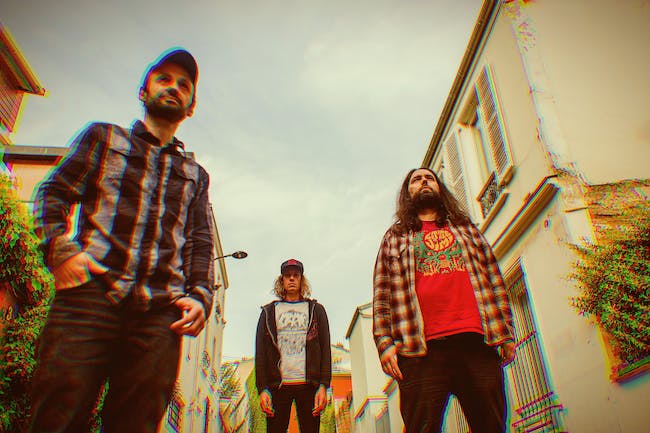 Beyond a highly recognizable sound imprint, Mars Red Sky craft their own otherworldly atmospheres. The trio has been entrancing crowds for a decade now, with their eponymous debut coming out in 2011, following a recording session in Spain’s mystic Bardenas desert. Whether you listen to the albums or experience their music on stage, their hulking yet trippy brand of stoner rock will take you on an infinite journey. From the beginning, the Bordelais trio becomes a major live act, leading them to play the biggest rock and metal stages (SXSW, Hellfest 2014 and 2017, Desertfest London and Berlin, Roadburn, Eurockéennes). After another two years spent on the road, 2019 felt like the right time to return with their brand new album "The Task Eternal" on Listenable Records, which is set to be followed by a couple of extensive European tours. 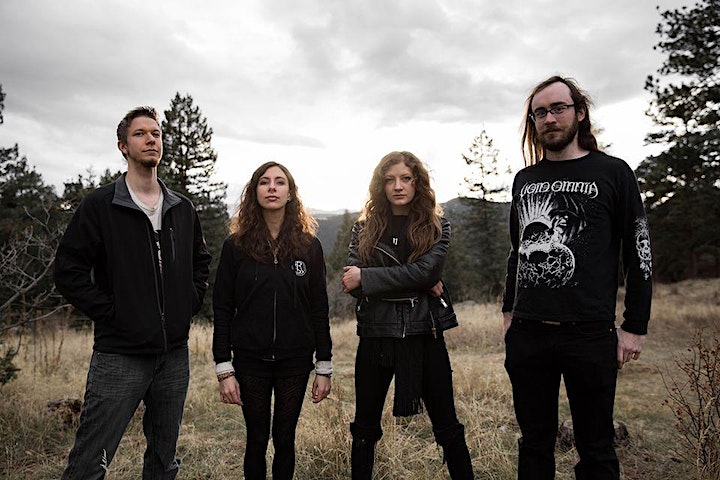 For their fourth full-length album “Emergence”, Denver, Colorado doom-prog band DREADNOUGHT follow-up their 2017 “A Wake In Sacred Waves” acclamation with an album that takes their singular multiplex and pictorial sound to new sonic realms even more heavily textile, complex, and vastly designed. “Emergence" sees the four-piece, consisting of vocalist/guitarist/flute player Kelly Schilling, drummer/sax player Jordan Clancy, keyboardist/vocalist Lauren Vieria, and bassist/mandolin player Kevin Handlonl, delving more into heavier and darker sonic territory as well, an aspect that was evident with “A Wake…” but has become fully realized with “Emergence”.

There are a multitude of layers that establish DREADNOUGHT’s sound, making them one of the more unique sounding bands in today’s doom/dark/progressive metal circles. Consisting of a myriad of influences that seamlessly sew their sound together, from prog, doom, folk, jazz, classical/chamber, avant-garde, and even a little bit of black metal managing to find its way into DREADNOUGHT’s audial tapestry, “Emergence” is the culmination of the band’s continued development and evolution, one that began with 2013’s “Lifewoven” LP followed by 2015’s “Bridging Realms” and the aforementioned 2017 LP “A Wake…”.

Thematically “Emergence” resonates with elements of flame, tying together similar structures between the ancient connection of nature’s most destructive yet purifying forces and the human condition. Through the four searing tracks comprising “Emergence”, the realities of this age-old cycle of rebirth, beginning with chaotic annihilation of what is, and leaving behind nourishing ash to enrich what is to come. A new being arises from the smolder, forged by the fires of self-destruction and trials of every lifetime before it.

With the ferocity of a wildfire, DREADNOUGHT opens the album with “Besieged” painting the connections of the catastrophic events of life with witnessing the Earth ablaze. In memoir of the countless losses in the immolation, “Still” is an interlude that pays tribute to the mourning of fleeting life and memories. “Pestilent” speaks to intense struggle that we as humans battle to choose reality in moments of tribulations as we attempt to escape and resist the decimation left in the fire’s wake. Wisdom granted through the labours of rebirth leaves who was once seen as the victim, the true victor by their willingness to witness a broader perspective of transformation.“Tempered” captures the essence of this enlightened perspective, named by the process of strengthening metal tools using fires, the once destructive flames are seen as a purifying method to cultivate new life.

The dust settles upon a masterful being, one that has endured a renaissance with struggles of hellfire and gained a wealth of worldly knowledge. As we enter the final track, “The Waking Realm”, DREADNOUGHT leaves us with this universal pattern of nature to reflect on as the final echoes of the album fade. No matter what cycle of rebirth we are currently in, nature’s perfected design lends comfort to those embarking on the journey of transformation as light from the fires of our own hell will guide the path forward.

Engineered and mixed by Andy Patterson (SUBROSA) and mastered by James Plotkin, “Emergence” features art and design by Mark Facey and follows this track listing: