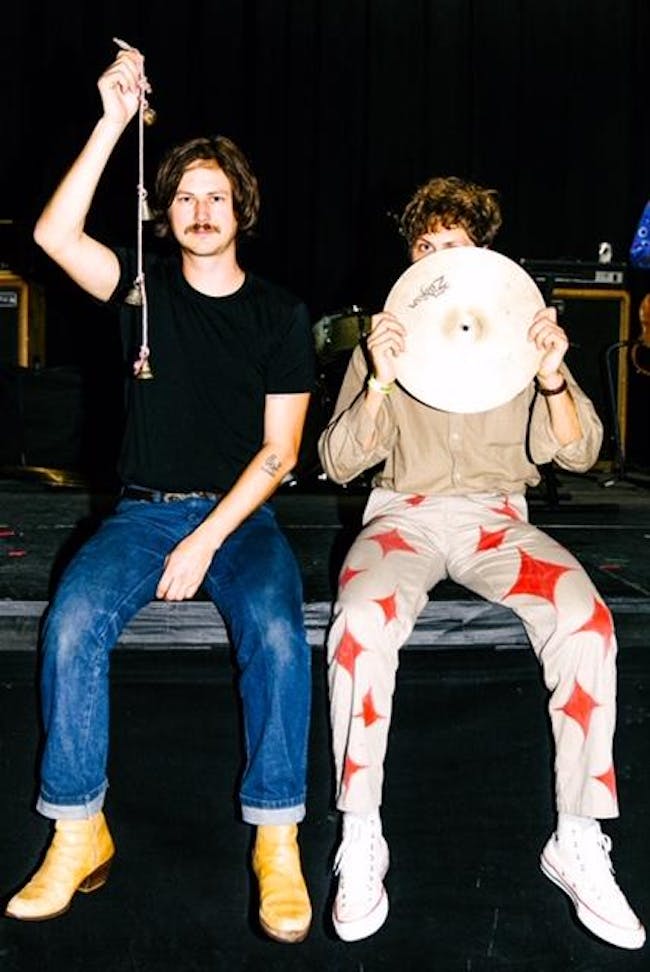 iCal
Google
JEFF The Brotherhood at The Chapel

JEFF The Brotherhood, the project of brothers Jake and Jamin Orrall, started in a basement in Nashville, TN in 2002. From their basement beginnings they have traced a journey that has taken them around the world several times over, from DIY shows and self-released albums to major label contracts, network television appearances and the international festival circuit. The Brotherhood was started with one goal in mind: to do or create whatever they feel with no rules or boundaries, but despite the freewheeling creativity that has underpinned their career, the band's 13th full length album, Magick Songs (out September 7th on Dine Alone) marks a radical departure from their catalog to date.

Recorded in a bare bones studio, built in Jake Orrall's Nashville living room, over a 5 month span, the album involves a host of new collaborators including Jenna Moynihan of Daddy Issues, Bully's Reece Lazarus, and the majority of the album's compositions were written in collaboration with Kunal Prakash (Viva L'American Death Ray Music/Quintron's Weather Warlock Band) and Jack Lawrence (Raconteurs/The Dead Weather) who became fully fledged members of the band. It was a unique experience for the brothers, who had recorded each of their preceding 12 full lengths in studios under the guidance of professional engineers.

"It was a huge change for us," Jake Orrall says, "but the music that we had been making up to this point had just kind of fizzled out. It got stale for us. We felt like we’d hit a dead end and we were really excited to try some new things. We built this record from scratch with all of us in a room together which was a really different approach than anything we'd done before, and spent 5 months working day in and day out. Our average time for recording a record before this was 3 days, so there wasn’t really any room or time for this kind of experimentation."

Magick Songs explores a host of new influences, while emphasizing different shades of sounds that have coloured The Brotherhood's previous releases. Elements of 80's and 90s Japanese experimental music (Orrall, who recently contributed liner notes to a Light In The Attic compilation of Japanese "New Music," sites Yellow Magic Orchestra, Haruomi Honso, Midori Takada, Satoshi Asakawa and Motohiko Hamase) meld with Indonesian Gamelan forms (derived from the releases in the Nonesuch Explorer series and the music of 70s experimental collective Geinoh Yamashirogumi), clever improvisation and abundant hand percussion and synthesizer. Elsewhere heavy psych, drone and the brother's rarely tapped interest in extreme metal blends with the kraut rock that has long inspired them to stretch their sound towards the outer reaches of space rock squall. Thematically they toy with a broader concept for the first time in their career, synthesizing Asimov's Foundation trilogy, Studio Ghibli films, sci fi anime like Neon Genesis Evangelion and Akira, and their own meticulously recorded dreams into a loose narrative that informs the albums lyrics.

Their compositional approach has also shifted, with the album constructed from a series of extended improvisations that were then edited down and reassembled into more conventional song structures by Jake Orrall and tied together with overdubs in later sessions. This technique results in frequently unusual arrangements that rarely repeat exactly, instead cycling through subtle variations around each chord progression. In a sense it's the total opposite of the garage rock and pop songwriting style that has popularly defined the band, and feels like an exorcism of the last ghosts of the band's Warner days.

"There’s so much preconception now about our band, and people have already made up their minds about what kind of band we are, which isn’t really what we’re about at this point in our lives," says Orrall. "At one point we took a shot at being a radio rock band, and it was an interesting experience and the record that we made taught me a lot about songwriting and production. You've gotta try these things and it was an interesting opportunity artistically as much as anything. This record is another opportunity, with no restraints outside of taking our sound in the directions we want to take it."

The benefit of the experience, won over what has remarkably already been a 16 year career, is apparent throughout Magick Songs, and it is the combination of that discipline and deliberation with a boundless creative spirit that drives the album. More than a new chapter, Magick Songs reads like a whole new book. 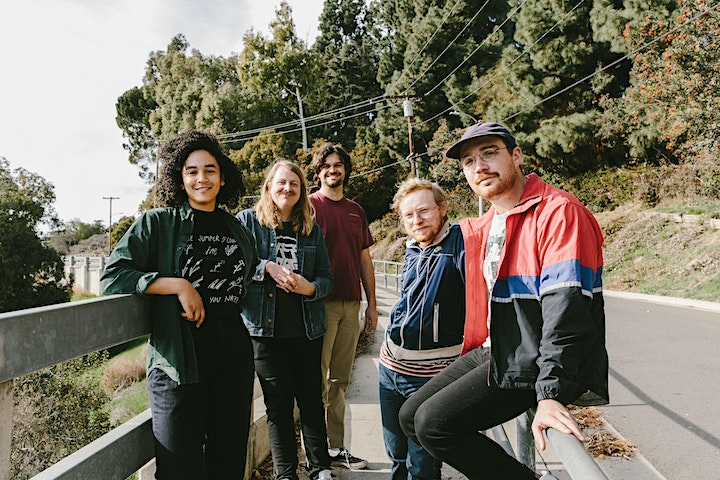 Half Stack is a five-piece band from Oakland, CA. The band blends the country stylings of Cosmic American Music with indie rock sounds of the Bay Area. At the end of 2018, Half Stack released its debut full length LP Quitting Time, produced by Melina Duterte, on Oakland Label Processional Cross Records.

Formed from a desire to combine the outlaw country and psychedelic music of the late 1960’s with modern indie rock sounds, Half Stack has developed its own unique sound. Drawing on influences suchas The Byrds, The Grateful Dead, and Gram Parsons, the band creates its own blend of Americana influenced indie rock. From dually trucks to remote country drinking outposts, the lyrical content of Half Stack’s music contains a hardworking spirit that is matched only by the wholesome and warm tones of three guitars, lap steel, and harmony. Their relentless yet refined riffage defines the songs and produces a digestible and relatable catalogue.

LP2 is on the way. Choogle on, yeehaw.

At The Chapel, the health and safety of our guests, performers, and staff is our number one priority. We’ve been closely monitoring the evolving coronavirus situation and implementing stringent preventative measures recommended by the Center of Disease Control (CDC) and local health authorities.

We are deeply saddened to have to announce that with the acceleration of coronavirus developments we will be shutting the doors of the Chapel, it’s sister restaurant Curio and The Chapel / Curio bar until further notice.

Whilst we would argue that live music is the very definition of essential, the only thing we ever want to spread at The Chapel is joy and so we will be closed for all events until we receive further information.

Please check our website for up to date details on individual rescheduled dates, where applicable (bearing in mind that some dates may still be pending as we try and sort through all of the fast-moving calendar changes.)

Please contact us with any questions or queries and we encourage you to stay informed on the coronavirus by texting COVID19SF to 888-777 or by visiting SF72.org

The Chapel is an entirely independent owned, booked and operated venue, so please bear in mind the impact this closure is having on our business and staff. And although we will endeavor to answer each and every query, it may take slightly longer than usual as we try to deal with the situations taking place. (The best bet for any query is our general email address: info@thechapelsf.com).

Stay safe! We can’t wait to get back to providing you with great shows as soon as possible! Love, The Chapel & Curio SF x
+