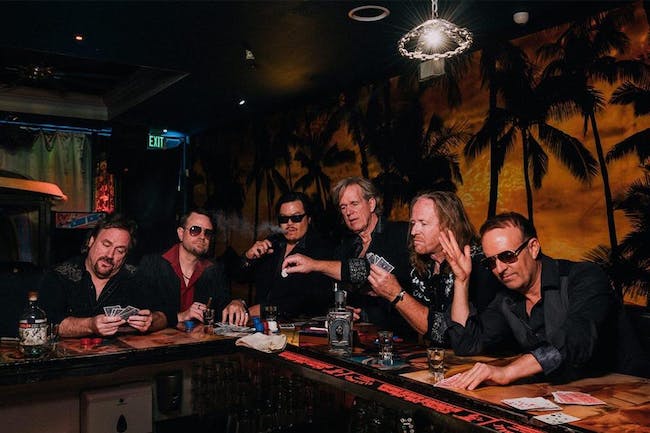 Illeagles - The Premier Tribute to the Music of the Eagles

What do people want when they go see a live band? The members of SF Bay Area based tribute band Illeagles believe that everyone in the crowd wants to be engaged and captivated from the first note until the show is done. The bands fast ascension has led to sell out performance across Northern California, in leading venues from legendary nightclubs to festicals.

From rockers Life in the Fast Lane and Heartache Tonight, to swooning ballads Desperado and Best of My Love, Illeagles not only reproduce the soaring guitars, multi-part harmonies and tightness of the original band, but also add their own brand of swagger and energy that keeps fans coming back over and over. It’s commonplace for a majority of the audience to start singing along on the first song, and continuing to sing until the show is over (or they lose their voices). 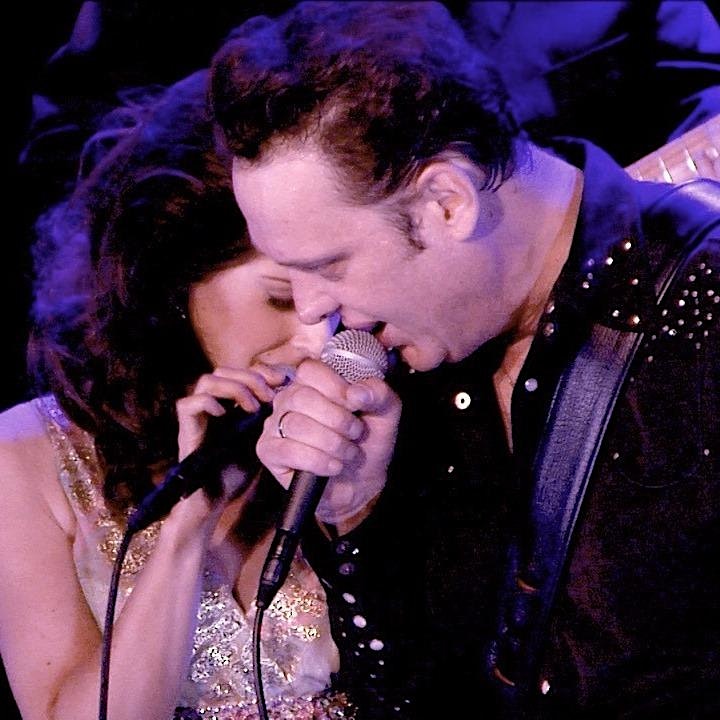 ‘THE GREATEST LOVE STORY EVER SUNG’

From his #1 hit “I Walk the Line” in 1956 to the iconic “Folsom Prison Blues,” many have known and loved Johnny Cash over the years. No love, though, seems as great as the love that singer/songwriter June Carter and Johnny Cash shared during their many long years together. Despite both being married at the time of meeting, and battling years of addiction, the connection between them was undeniable. In the first 13 years of their relationship, Cash attempted to make Carter his wife multiple times, and each time she denied him. Eventually June had to admit to the attraction and is quoted as saying, “I think I’m falling in love with Johnny Cash, and this is the most painful thing I’ve ever gone through in my life,” as reported by Groovy History. She described it as being “in a ring of fire,” which inspired the writing of “Ring of Fire,” a song that appeared on both of the artists’ albums. Finally in 1968, Cash and Carter were engaged and soon married. Through passion and tumult, and even in the wake of their passing, the love that burned between them will always be present in their heartfelt and truthful lyrics written and performed for one another. As one of the most beloved couples in music history, Johnny and June’s love lives on through their iconic duos and many albums recorded with each other.

Like their predecessors Johnny Cash and June Carter, who were well known performers before meeting, Danny Evans (aka Danny Uzilevsky) and Essence (Essence Goldman) of ‘Johnny & June Forever’ were also seasoned artists in their own rights before meeting. Born in the same hospital just two days apart, they had been playing music in the same circles for years, knew all the same people, but never actually met. Danny and Essence finally crossed paths in the fall of 2018 at Danny’s Allegiant Studio while Essence was recording her soon-to-be released new record. They had an immediate recognition of how well their voices and musical directions compliment each other. Reminiscent of Johnny Cash and June Carter Cash and other great male /female duos, this pair is a powerful emerging voice on the Americana landscape. In addition to their original music they have decided to pay homage to their heroes and dig deep into their passion for roots music with a Johnny Cash and June Carter Cash Revue.

Danny Evans, veteran guitarist and singer/songwriter is one of the best kept secrets of the Northern California music scene. Son of Rusty Evans, who reigned supreme as a Johnny CashTribute Artist under the name Ring of Fire, Danny played guitar in the family band for 20 years. Danny has been called “a canny stylist and musical chameleon.” He’s shared the stage with legends such as Link Wray, Dick Dale, Taj Mahal, Bill Kirtchen, Leo Nocentelli + many more and was celebrated as a local hero fronting the band Chrome Johnson. Danny’s musical career spans several decades, and his A list talent and charisma on the stage is only rivaled by his studio skills at the mixing board, engineering and producing records.

Award winning singer-songwriter essence has been immersed in art and music since childhood. Her birth name really is ‘essence’ – she was raised by quintessential flower children, her parents being two free spirited bohemian artists from the Haight-Ashbury ‘Summer of Love.’ essence has released 6 CDs (with a 7th on the way!) on both independent and major labels, and toured nationally opening for Jason Mraz, Shawn Colvin, Tom Petty, Sarah McLachlan, Natalie Merchant, Chrissie Hynde, Steve Miller, Pat Benatar, and Linda Perry. Her sound nods to songwriting legends like Tom Petty and Lucinda Williams, Dolly Parton, and Gillian Welch. Essence has been featured in the San Francisco Chronicle and BBC and performed on NPR’s Tiny Desk Concert. The story of her band Bernie and the Believers is currently being developed into a full length Hollywood feature film.

Stay tuned for a duets record that is almost complete and a slew of Northern California shows and National dates in the works.