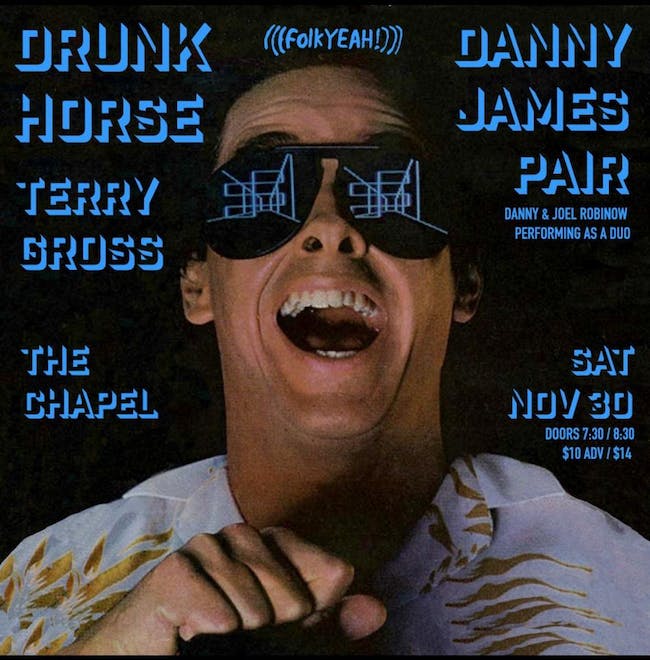 When Man’s Ruin dissolved, Drunk Horse was left looking for a new label to partner with and — before too long — the band had teamed with SoCal hard rock and psych mainstay Tee Pee Records. With the departure of Niles, the remaining members reached out to a pair of friends to help with their third album, enlisting the F–king Champs guitarist Josh Smith and multi-instrumentalist Joel Robinow to fill in for Adult Situations in 2003.

The band built on its Bay Area following with tours of the U.S. and Europe and several appearances at South By Southwest in Austin. Their 2005 offering In Tongues stood out as their most focused effort yet with a set of blinding tunes like “Strange Transgressions” and “Priestmaker” spotlighting furious slide licks from Smith, with shades of Thin Lizzy audible in Eckert’s vocal swagger and his adroit harmonized interplay with Robinow on “Self-Help” and “Vatican Shuffle.” But despite the album earning the band some of the best reviews of its career, Drunk Horse would cease regular activity not long afterwards outside of occasional live performances in the Bay Area.

The musicians involved would move on to new projects. Comisky recorded and toured with noted Oakland metal stalwarts Saviours for several years, while Eckert and Robinow joined Comets on Fire guitarist Ethan Miller’s more roots-minded psych band Howlin Rain, filling out the line-up that recorded 2008’s Magnificent Fiend for producer Rick Rubin’s American Records. By the time the group was working on its ambitious magnum opus The Russian Wilds that finally came out in 2012, Eckert had left and Comisky had taken his place in the powerful quintet version of the band that also included drummer Raj Ojha and Earthless guitar virtuoso Isaiah Mitchell.

More recently, Johnson has been playing drums with punk crew Andy Human and the Reptoids as well as another band fronted by Miller, the fuzzed-out power trio Feral Ohms. Meanwhile, Robinow and Eckert (now playing bass) have teamed with Ojha and guitarist Raze Regal in their celebrated prog-pop outfit Once and Future Band, releasing an album and EP and touring with such notable acts as Tool and Chris Robinson’s As the Crow Flies, while Comisky has been working with a new group of Oakland vets in the punk band Smokers.

Still, with Drunk Horse never actually announcing a break up and all the members on good terms, it was only a matter of time before circumstances and the steady badgering from friends and fans would bring the quartet back together. This year, the band was invited by the organizers of annual Portland, OR heavy psych celebration Stumpfest on 4-20 weekend (the three-day festival that will include performances by Elder, Kinski, the aforementioned Earthless and Once and Future Band among others), leading Drunk Horse to play a warm-up gig at Eli’s in Oakland last spring that marked the first time the band played a hometown show in over a decade.