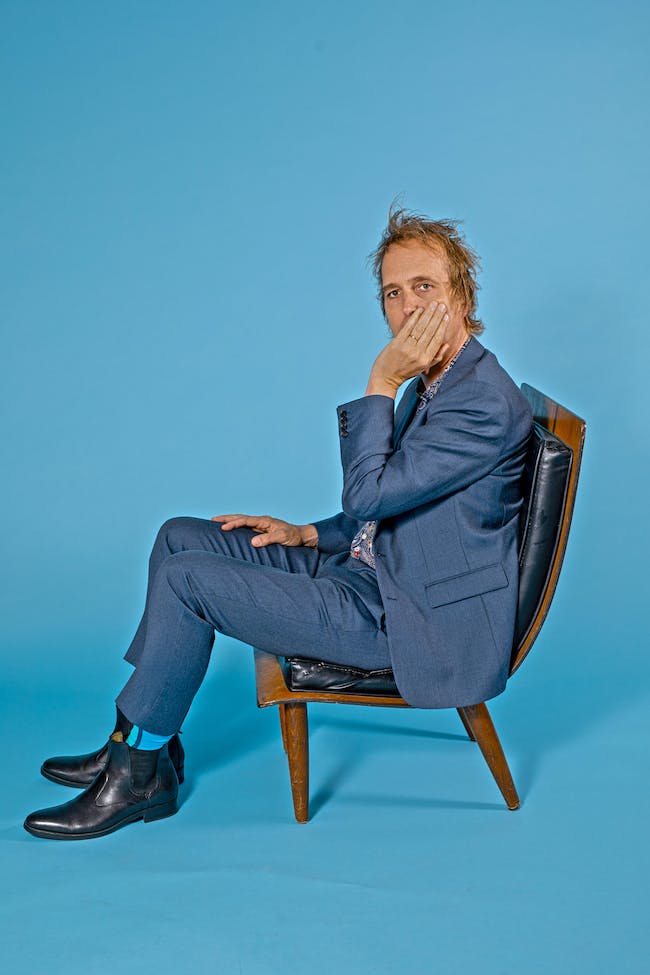 iCal
Google
Chuck Prophet & The Mission Express at The Chapel

Since his neo-psychedelic Green On Red days, Chuck Prophet has been turning out country, folk, blues, and Brill Building classicism. THE LAND THAT TIME FORGET is something different, a weather vane picking up signals from outer space – or maybe it’s the Heartland.

Priced out of his beloved hometown, San Francisco, Prophet found himself re-energized in Upstate NY just a few miles from the Vermont border – and made a record that is much a 21st century exorcism as it is America.

The songs inhabit a world where a FAST KID might be on the run from the truant officer or a handsy boss...or the Immigration Service. These are love songs that turn political on a dime (LOVE DOESN’T COME FROM THE BARREL OF A GUN), and melodic hallucinations about kicking back in the Oval Office after hours “talking to my baby, saying baby, let’s not fight.”

Where else besides a Chuck Prophet LP are songs going to come at you from both the Tenderloin and an English roundabout, with stopovers in NIXONLAND and a love-struck mirror on a Saturday night while a workingman tries his BEST SHIRT ON? With special appearances by the ghost of Johnny Thunders and Willie Wonka and John the Baptist and the train that brought Abraham Lincoln home one last time.

In WAVING GOODBYE, a young girl leaves small town attitudes behind to conquer the world one gig at a time. Then there’s a dance MARATHON, lost in time and reborn as a reality show. According to WOMANKIND, men had their run, but it’s over. (The good news is he can still try to sing his way into her heart.)

And it all leads up to 1600 Pennsylvania Avenue where a singer has his say, in two and a half loping verses and a middle eight.

“Have any of you been to a 24-hour Walmart on the outskirts of Pittsburgh after midnight lately? It was just me and a couple tweakers roaming the auto parts aisles. We got along just fine. Long story short, I fixed that guitar by my lonesome and am playing it right now. I’m kind of proud of that.”  Page 1 of 2

“I will say this, though, about Ohio. Some of my truest hard earned fans are in Ohio. Go on and call it a fly-over-state, but not while Chrissie Hynde is in earshot, unless you want a vegan boot up your ass. All I’m saying is that a state is a lot more than which candidate won by how many votes. I mean you gotta feel sorry for the conservatives. The only songs they can play at their rallies without getting hit with a cease and desist order are by Ted Nugent and Charlie Daniels. And those two sure aren’t shy about expressing their opinions.”

THE LAND THAT TIME FORGOT got off the ground in the Money Belt, only to find its legs in the Borscht Belt. Musically it has deep roots, from the Southern Delta to the discos of Munich. There’s a kind of folkish inevitability to it, lots of acoustic instruments, on top of each other and side by side. But as much as folk music is the soil all music grows from, it never hurts to have a boiler room. So, there’s always a rhythm section shuffling under your feet here.

Written mostly with longtime co-conspirator klipschutz, this LP steps out of Chuck Prophet’s comfort zone (“two guitars, bass, and drums”). After nailing three tracks in S.F. with Grammy- winning alchemist Matt Winegar, Prophet confesses, “We hit a wall. Schedules. Money. Towed vehicles: a thousand large to get one van out of lockup.”

So he went out on tour, a solo tour. Driving through the Catskills he dropped into Kenny Siegal’s Old Soul Studios, in a “5-bedroom Greek Revival listed on the National Registry,” Chuck and Kenny immediately began to argue. Over anything. Whether it was too hot or too cold (according to WHOM?). At the end of the day – “a very long day, three weeks of them – let’s just say Kenny’s the man. At Old Soul, musicians drop in, sometimes complete blind dates. We did everything live. The drummer gigs with Kevin Morby. The bass player, out of some jazz scene. Piano player, an honorary Bad Seed. A mish mash of personalities and styles. Turns out you can make a lot of noise with acoustic instruments, if there are enough of them.”

When asked about his life, Prophet is candid and evasive all at once: “What do you want to know. Death, health issues, financial hijinks, I’ve had them all the past few years. We lost my dad and we lost Stephie’s dad too. The basement flooded. My shoulder went out. I got hives over 80% of my body; was quarantined. The only break I caught was when the ear, eye, nose, and throat doctors were all in the same building. Oh, and I almost got killed about seven times in rented cars in snowstorms, lost on the way to gigs. Hey, maybe we should talk about songs instead.”