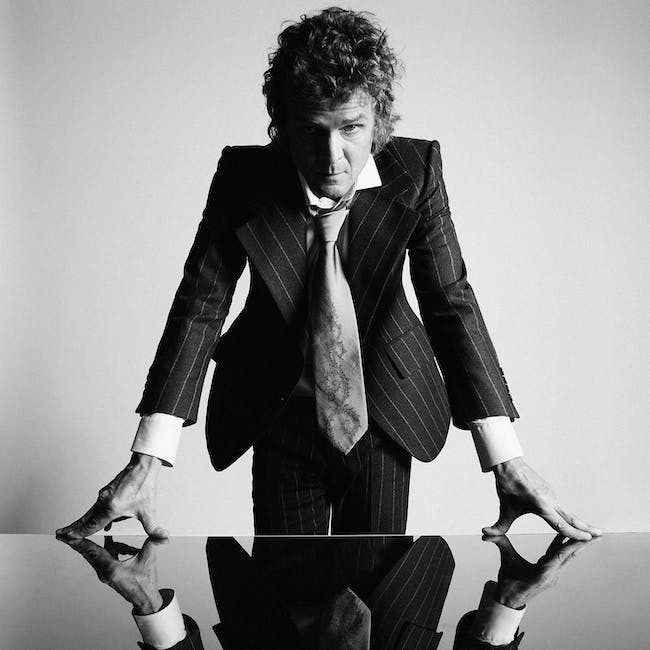 Brendan Benson finds himself in an enviable spot as he enters the third decade of a remarkably creative, consistently idiosyncratic career – an accomplished frontman, musician, songwriter, producer, band member, husband, and dad. Benson’s first new LP in almost seven years and Third Man Records debut, DEAR LIFE marks this consummate polymath’s most inventive and upbeat work thus far, an 11-track song cycle about life, love, family, fatherhood, and the pure joy of making music. Produced and almost entirely performed by Benson at his own Readymade Studio in Nashville, the album sees the Michigan-born, Nashville-based artist – and co-founder, with Jack White, of The Raconteurs – reveling in a more modernist approach than ever before, fueled by a heady brew of cannabis, hip-hop, and a newly discovered interest in software drum programming. The result is an untapped playfulness that elevates expertly crafted songs like the future funk-fueled opener, “I Can If You Want Me To,” and the rhapsodic first single, “Good To Be Alive,” with voluble arrangements, elastic grooves, and incandescent power. Imbued with revitalized ambition and confidence, DEAR LIFE is Brendan Benson at his very best.

“There's something about this record,” Benson says. “A friend of mine called it ‘life- affirming.’ I thought it was a joke at first but then realized, well, it’s about life and death for sure. I don’t know if that’s positive or optimistic or whatever, but that's what's going on with me.”

Beginning with 1996’s now-classic debut, ONE MISSISSIPPI – recently reissued by Third Man in its first-ever vinyl pressing and available – and its masterful 2002 follow-up, LAPALCO, Benson has always infused classic craftsmanship with contemporary invention. Along with his own critically acclaimed canon, Benson is of course co-founder – with Jack White, Jack Lawrence, and Patrick Keeler – of The Raconteurs. The band first convened in 2006, winning worldwide acclaim, GRAMMY® Award nominations, and a chart-topping smash single in “Steady As She Goes,” with their now-classic debut album, BROKEN BOY SOLDIERS. The Raconteurs returned two short years later with 2008’s CONSOLERS OF THE LONELY. Like its predecessor, the LP proved a popular and critical phenomenon, earning the GRAMMY® Award for “Best Engineered Non-Classical Album” as well as a nomination as “Best Rock Album.” After more than a decade, The Raconteurs finally returned to action in 2019 with their critically acclaimed, chart- topping third LP, HELP US STRANGER, highlighted in part by songs Benson had initially considered for his own LP, “Only Child” and “Somedays (I Don’t Feel Like Trying).” The Raconteurs’ epic 2019 world tour proved equally successful, playing to ecstatic sold-out houses from Nashville to New Zealand and all points in-between. 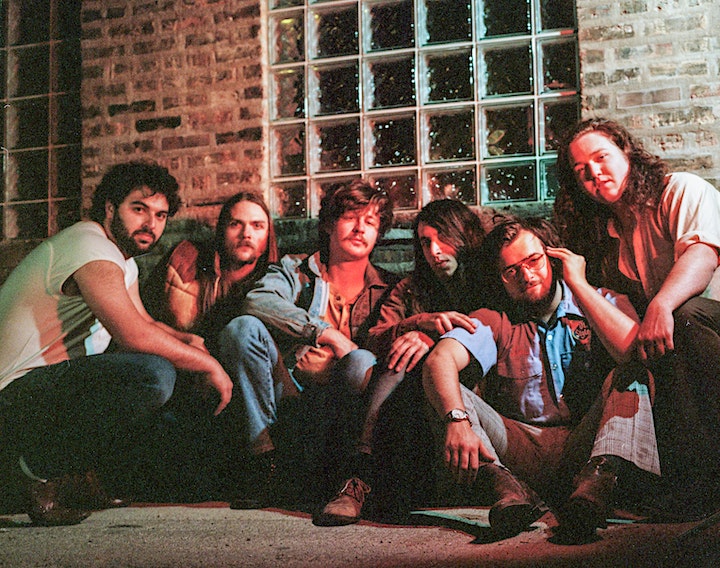 Having cut their teeth around the Chicago scene performing in acts such as Yoko and the Oh No’s and Gal Gun, guitarist/vocalist Max Loebman, guitarist Dimitri Panoutsos, guitarist Christopher Devlin, drummer/vocalist Joe Bordenaro, bassist Kevin Decker, and keys player Justin Bell joined forces to form ROOKIE in 2017. Animated by a spirit of collaboration and reverence to guitar-centric pop, ROOKIE harnesses a sound that echoes the canon of no-frills rock acts of the 70s while avoiding any accusation of being derivative. With no singular songwriter at the helm, ROOKIE’s aesthetic is anchored by the contributions of each of its members, a testament to their status as veteran musicians in Chicago’s increasingly influential indie rock ecosystem.

Following the premiere of the band’s debut single, “One Way Ticket,” by VICE’s Noisey in 2018, ROOKIE took to Treehouse Studios in Chicago to record “I Can’t Have You But I Want You,” a power-pop anthem that represents the band’s penchant for infectious hooks and made-for-radio vocal harmonies. After the release of these singles, the band began work on their much-anticipated debut LP, which was tracked and mixed at Treehouse Studios as well as a home-recording rig under the direction of guitarist Chris Devlin. Much of the album was recorded live to tape, capturing the band’s ability to deliver performances that are both inspired and precise. From swirls of guitar feedback and an air raid siren to down tempo tracks, the record promises an eclectic mix of moods and genres, ranging from roots-rock on the pedal-steel laden “Sunglasses” to the James Gang-meets-Chicago (the band featuring Terry Kath and, subconsciously or not, ROOKIE’s hometown) instrumental of “Introduction II,” which blasts off Side B of the album. While the six-piece invokes homage throughout their debut, it manages to be ambitious in its own right, offering listeners a contemporary spin on a classic aesthetic that would have sounded right at home during the heyday of AM radio.

After over a year of steadily building their fanbase through raucous -- and often sold-out -- performances at some of Chicago’s premier rock clubs supporting nationally-known acts like Twin Peaks and King Tuff, explosive house shows and appearances at local festivals like Goose Island’s Block Party (where the band was slotted as direct support for Jenny Lewis), ROOKIE released a cover of Tears for Fears’ “Head Over Heels” on Bloodshot Records’ 25th Anniversary compilation, Too Late To Pray: Defiant Chicago Roots​. ​In addition to ROOKIE’s contribution, the collection featured an impressive range of acts with ties to Chicago to celebrate the stalwart indie label’s silver anniversary, including Brendan Kelly and The Wandering Birds, Kelly Hogan, Robbie Fulks, Jon Langford’s Hillbilly Lovechild, The Handsome Family, and others. To celebrate the compilation’s release, ROOKIE headlined a sold-out show at Workshop 4200, where Chicago’s only vinyl pressing plant, Smashed Plastic, is located. Since its release, Too Late To Pray has received mentions from Greg Kot of The Chicago Tribune, No Depression, and Rocking Magpie.

ROOKIE’s debut LP is scheduled for release in the spring of 2020. Tour dates across the US being planned to support the record, which will include appearances at South by Southwest in Austin, TX, Treefort Music Fest in Boise, ID, and Shaky Knees in Atlanta, GA.