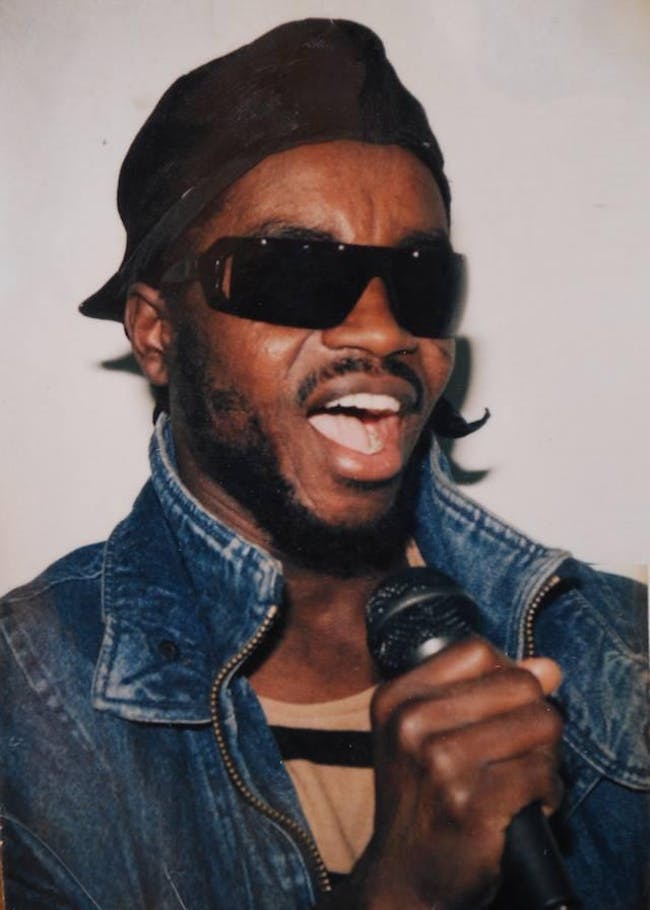 Ata Kak’s cassette Obaa Sima fell on deaf ears when it was self-released in Ghana and Canada in 1994. Following an eight year search, Awesome Tapes From Africa tracked down the mysterious singer with a cult internet following and re-released his album. On the heels of extensive critical acclaim for the reissue, Ata Kak began performing live in 2013, storming stages at Sonar and Glastonbury festivals, among many others, backed by his London-based band.

Ata Kak’s music—an amalgam of highlife, Twi-language rap, funk, hip-hop and electronica—is presented with the sweaty passion of a Prince record and the lo-fi DIY bedroom recording charm of early Chicago house music. The joyous soul and casual brilliance of the recording has inspired listeners worldwide, culminating in performances from Australia to Russia and Morocco to Croatia. Now—finally—Ata Kak and his band announce a series of shows across the United States.

Ata Kak's tape was the inaugural post of the blog Awesome Tapes From Africa, when it started in 2006. Founder Brian Shimkovitz came across the cassette at a movable stall in Cape Coast, Ghana in 2002. About 50 copies had been pressed in Ghana and released in 1994 but the recording was forgotten, it had not found success. Shortly after its appearance on ATFA, it developed into an underground obsession among internet music circles. The story of this remarkable recording continues and Ata Kak, who had no knowledge of his own online popularity, could not be more thrilled that his music found fans years later, miles away.